Over the last 18 months, the federal government and the enterprises that it sponsors have taken several significant steps in an effort to open up the credit box and ensure more lending is done to more people.

Now, a new report from Ellie Mae suggests that those efforts may finally be taking hold.

Later, in Nov. 2014, Fannie Mae and Freddie Mac both announced changes to their respective representation and warranty policies, designed to allow lenders to lend with more confidence.

In July of this year, Fannie Mae reported that many lenders are still applying credit overlays on loans despite efforts from both the FHFA and Federal Housing Administration to reduce the practice of applying stricter mortgage approval standards than the guidelines set by investors. 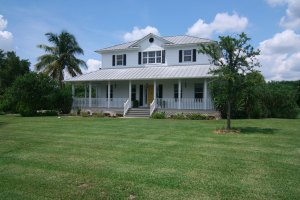 The government-sponsored enterprises made another update to their rep and warrant polices earlier this month, aiming to provide lenders with “more clarity and transparency” and encourage increased access to credit to worthy borrowers.

On Wednesday, Ellie Mae published its latest Origination Insight Report, which mines its application data from a “robust sampling” of approximately 66% of all mortgage applications that were initiated on the Encompass mortgage management solution.

And Ellie Mae’s latest report suggests that the push to open the credit box is showing tangible results.

According to Ellie Mae’s latest report, the credit score on closed loans in September fell to the lowest level since Ellie Mae began collecting the data, in August 2011.

Ellie Mae’s report showed that the average FICO score for closed loans in September was 723, down one point from August.

According to Ellie Mae’s report, the average FICO score for closed loans has fallen throughout 2015, from 731 in January to 723 in September.

“This was likely driven by the recent dip in interest rates,” Ellie Mae said in its report.

Additionally, closing rates remained robust with over 66% of all loan applications closing for the third consecutive month. The closing rate on purchase loans increased to 71%.

“Average credit scores declined to the lowest levels we’ve seen since 2011,” said Jonathan Corr, president and CEO of Ellie Mae. “We are also seeing rates fall while the time to close is also decreasing. It will be interesting to see if these trends continue as we begin to see impacts from TRID.”

Ellie Mae’s report also showed that the average 30-year interest rate for all loans declined for the first time since May, falling to 4.28%.

Additionally, the time to close on all loans declined for the fourth consecutive month to 46 days.

Time will tell if those indicators are signs of things to come or just a momentary blip.

Subscribe And Get Special Offers From The South Florida Area

This article is written by Ben Lane who is a reporter for HousingWire.com. Previously, he worked for TownSquareBuzz, a hyper-local news service. He is a graduate of University of North Texas.